News from the New Hampshire Department of Environmental Services

Portsmouth, NH – The Gulf of Maine Council honored 22 individuals and organizations, including five NH award winners, at an international ceremony on June 5 in Gloucester, Massachusetts, for making a significant difference in protecting the health and sustainability of the Gulf of Maine watershed. Recipients from NH include Cynthia Copeland, formerly of the Strafford Regional Planning Commission; Eric Schroeder, citizen volunteer for NHDES; the city of Dover; Alyson Eberhardt, University of New Hampshire Cooperative Extension Program; and Molly Bolster of the Gundalow Company.

The Council, a U.S.-Canadian partnership dedicated to protecting environmental quality in the Gulf of Maine, annually recognizes extraordinary work in its five jurisdictions, which include the states of New Hampshire, Maine and Massachusetts as well as the Canadian provinces of New Brunswick and Nova Scotia.This year New Hampshire was honored with the distinction of many Gulfwide awards, which are given to acknowledge the far-reaching impact of contributions on the health of the Gulf of Maine.

“It is rewarding to have these organizations and individuals recognized for their efforts that benefit NH’s coast and ultimately the Gulf of Maine. From planning to monitoring to education, each of their contributions were invaluable to the state’s efforts to sustain the natural resources and the economy of our coast,” said NHDES Coastal Program Administrator and Council Working Group Member Steven Couture.

Cynthia Copeland, formerly of the Strafford Regional Planning Commission, received the Susan Snow-Cotter Leadership Award in recognition of her leadership in promoting sustainability throughout NH’s coastal communities. Copeland has served as Executive Director of the Strafford Regional Planning Commission for nearly 20 years and helped form the Strafford Metropolitan Planning Organization in 2007. Numerous projects benefited from Cynthia’s strong belief in natural resource protection as a way to improve quality of life. This award is given to one individual from one of the five states and provinces.

Eric Schroeder received the Longard award for his outstanding work as a volunteer phytoplankton monitor for the New Hampshire Department of Environmental Services. As changing conditions and the introduction of new algal species in the Gulf of Maine required significant changes to monitoring programs, Schroeder played a critical role in New Hampshire’s efforts to respond to these emerging public health threats. This award is given to one individual or group across the five states and provinces.

The city of Dover received the Sustainable Communities Award for exemplary work in achieving sustainable outcomes related to the environment and economy within the Gulf of Maine. Dover has taken a leadership role in addressing energy challenges and exploring ways to mitigate climate impacts. The city is guided by its Sustainability Plan and committed to land protection. Dover has protected over 2,600 acres, restricted toxic pesticide and synthetic fertilizer use, and mandated low-impact development techniques. This award recognizes one community or group across one of the five states and provinces.

Visionary Awards
The Gulf of Maine Visionary Awards are given to two individuals or organizations within each state and province to recognize their innovation, creativity and commitment to marine protection. NH recipients included the following individuals:

Alyson Eberhardt was recognized for her innovative and successful efforts to promote and implement sand dune restoration projects along the southern coast of New Hampshire. Through her position as Coastal Ecosystems Specialist at the University of New Hampshire Cooperative Extension Program, Alyson has developed an effective community-based method for restoring and managing coastal sand dune systems.

Molly Bolster was recognized for her dedicated work as the director of the Gundalow Company, a non-profit organization that plays a vital role in environmental education in the region. Bolster has expanded the Gundalow’s programs, and through her leadership she raised funds to build a working replica of a gundalow in 2011, which now connects people to onboard educational programs while under sail.

Photos of the award recipients are available at: https://www.dropbox.com/sh/pid6vu6r7flnrir/AAARybaIL2C7heCrAImqPahVa?dl=0

Additional information about the Gulf of Maine Council 2018 awards with detailed recipient bios is available at: http://www.gulfofmaine.org/2/gomc-home/awards/

About the Gulf of Maine Council

The Gulf of Maine Council on the Marine Environment was established in 1989 by the Governments of Nova Scotia, New Brunswick, Maine, New Hampshire, and Massachusetts to foster cooperative actions within the Gulf watershed. The Council’s mission is to maintain and enhance environmental quality in the Gulf of Maine to allow for sustainable resource use by existing and future generations. For more information, please go to: www.gulfofmaine.org 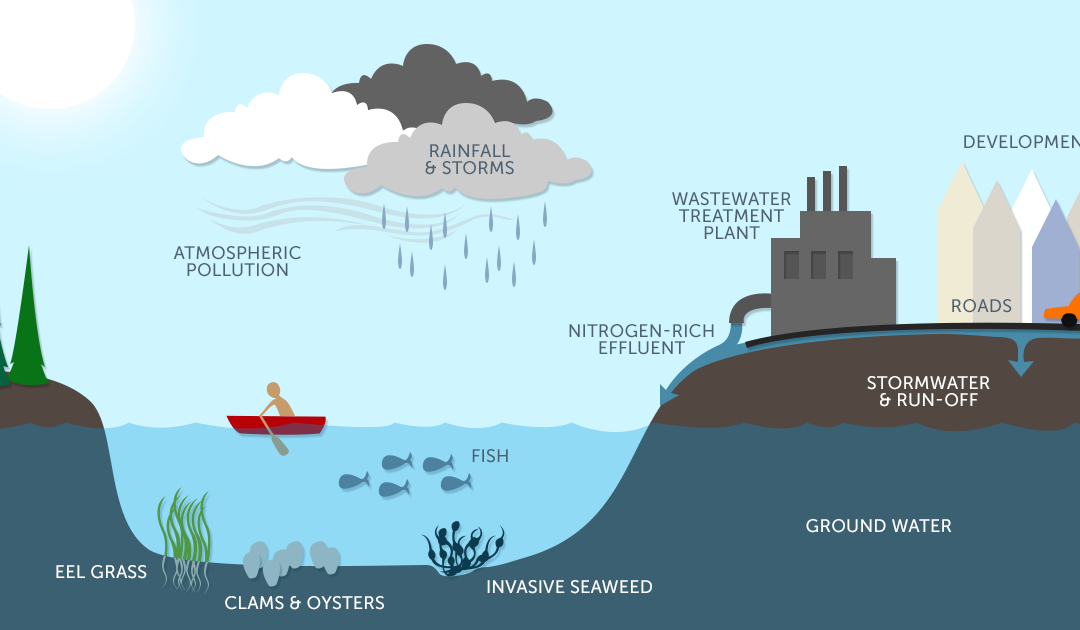 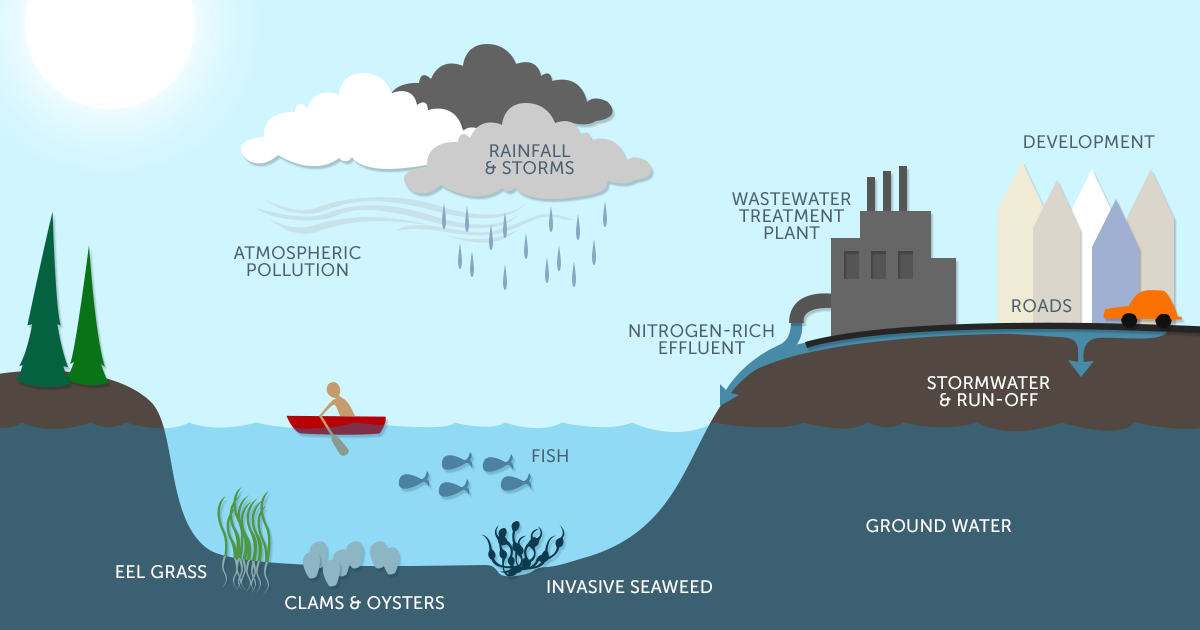 Listen to NHPR’s story about New Hampshire’s Great Bay and the Piscataqua River, estuaries that have been in bad shape for years – and the latest data doesn’t show a lot of improvement. But scientists say there’s still hope for the watershed, and they’re trying to home in on things people can control. Learn more… 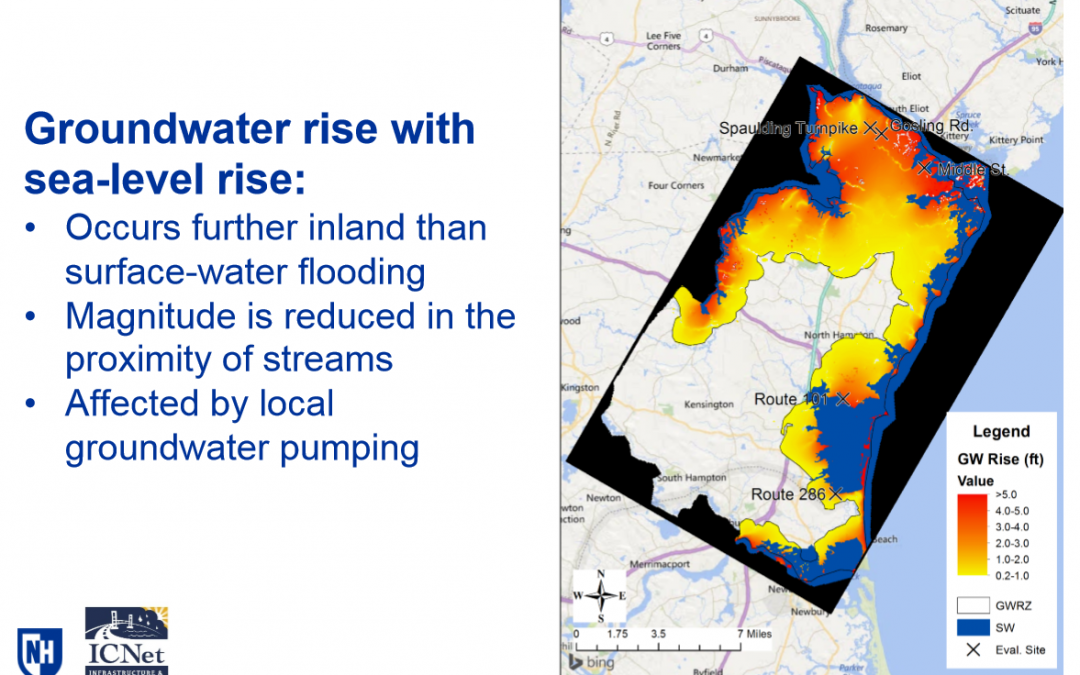 Attached is a downloadable .pdf of the presentation: